Yesterday, sadly Kylie had to move on from her life with us to greater adventures. But we will 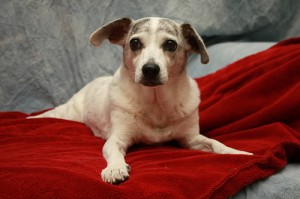 never forget how she made our lives better every single day.

Kylie was truly exceptional, and one of a kind, and for those of you who haven’t spent a lot of time on her website here are some things you may not know:

Kylie was more well-traveled than lots of people. She was born in hawaii which truly makes it paradise, we adopted her from the Humane Society there when she was eight months old. Then we moved to new jersey when she was 4 and that became her launching pad. She’s literally been from coast to coast (and Canada) including:

Kylie loved road trips! She visited multiple world’s wonders – Niagara Falls, Mount Rushmore, The Grand Canyon, and Old Faithful. She’s seen Hoover Dam, The Space Needle, Pike’s Peak, Royal Gorge bridge, the Statue of Liberty, the White House, even the Hockey Hall of Fame (can you believe they wouldn’t let her in)! And of course the ever-popular roadside oddities like Carhenge, that big thermometer in Baker, CA, and the entire town of Roswell, NM. 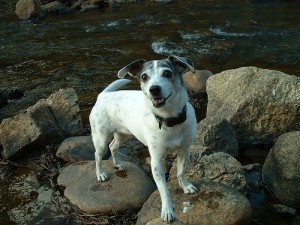 We moved to colorado about seven years ago and Kylie loved it here too. The weather is nice in Denver almost all the time so she got to go on many hikes, and loved climbing up rocks and walking through streams, and chasing bunnies, and she really loves the snow and going sledding and going to the mountains!

Kylie is quite famous! She was on the radio when we had a friend in honolulu that was a dj who let her hang out in the booth with him. Then she moved on to television when her Psychic Puppy Network got media attention. It was featured on the So Graham Norton show in the UK, then she was interviewed for a television show called “The Internet Tonight” on the former TechTV channel (now G4). PPN (the psychic puppy network) was also featured in a newspaper in florida, on USA today’s website, on Seventeen magazine’s website, and for awhile it was a link on Penn & Teller’s website.

Kylie was even a model! Wag n Wash used her as a spokesmodel on their website and in their brochure and print ads. She was very photogenic even though she really didn’t like the camera. Kylie is possibly one of the most photographed dogs in the world, just visit her flickr page (or click all the blue links in this post) and you’ll see what I mean.

Kylie was such a comedian, she made us laugh almost every day. She was our child, our best friend, and she was a Rock Star! She was loved by everyone who knew her, and thanks to this website even by some who never met her. We were so privileged that she shared her life with us. 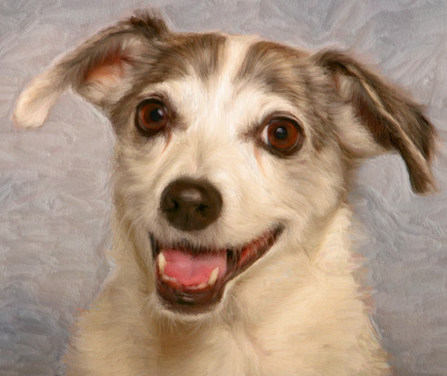 Of course kyliedog.com and our memories of this sweet funny girl will live on. It was all a work of love, for the most special soul we have ever known. We will miss her dearly everyday.

**We have decided that this will not be the end of the story, please read more about it here**